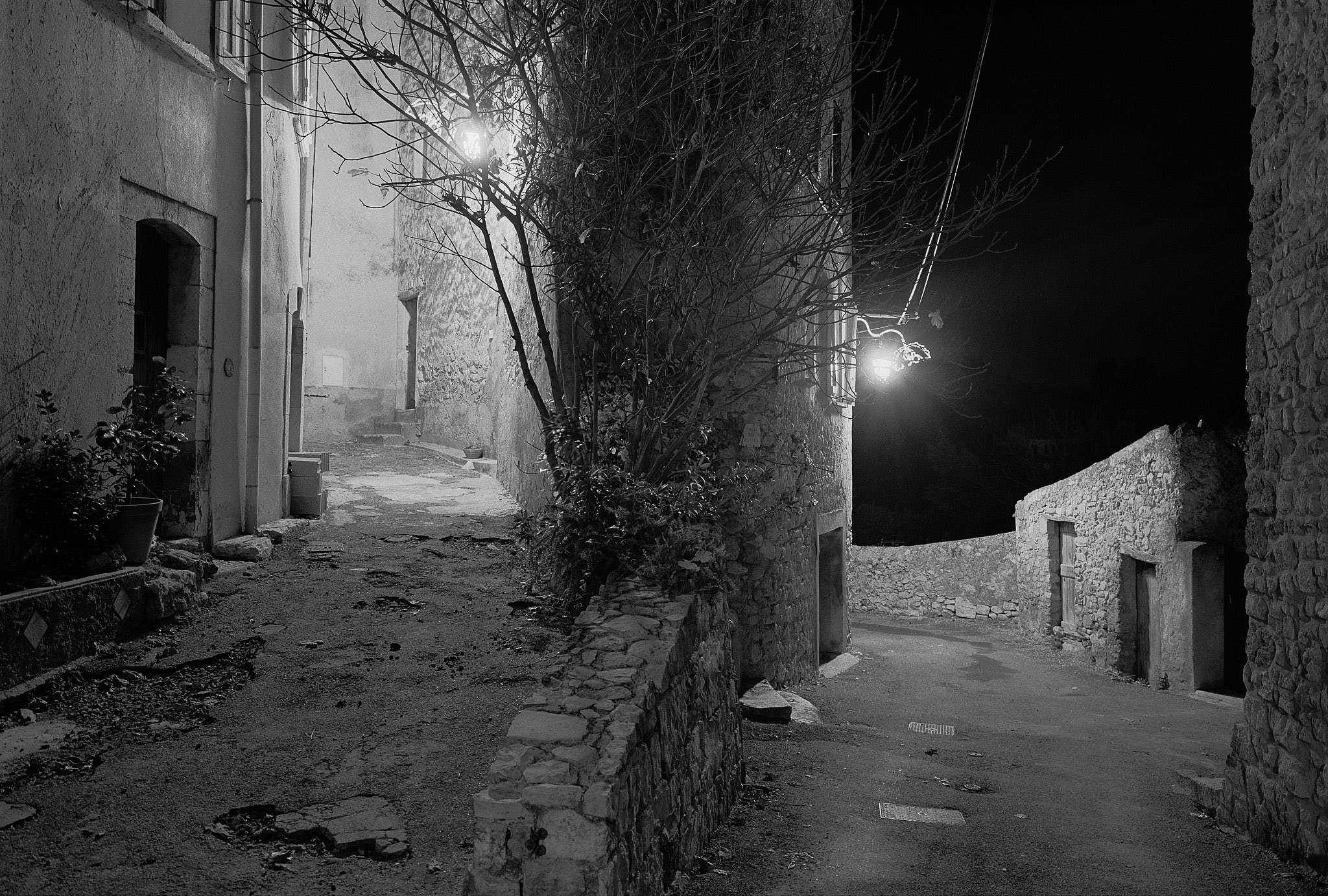 For most of the last forty years, my work as a photographer has focused on America's industrial and post-industrial regions.  I've published books on the Ohio River Valley, the Gulf Coast, and the cities of Cleveland, Ohio and Wheeling, West Virginia. I taught photography for three decades in the heart of the Rust Belt, at the University of Akron in Ohio. However, I've never felt entirely at home in the US: I have always had an ill-defined longing for the landscapes that I knew while growing up overseas.

I spent much of my childhood in hill towns around the Mediterranean in Europe and North Africa. Twenty years ago we bought a 17th century olive mill in southern France's mountainous Var region. It's an area rich in history and culture but, when I first tried to photograph there, the evidence of the past was overwhelmed by the result of relentless restoration and commercialization (the Department du Var has France's highest proportion of vacation homes). Late one night, however, as I walked around the local village long after the cafes had closed, I noticed that the monochromatic nocturnal light imbued the streets with a timeless quality in which past and present seemed to blend together. I thought that if I made photographs at night, using black and white film, perhaps I could manage to describe the complex fabric of French culture that defines that landscape.

These photographs were made within an hour's drive of our house. The lighting is all natural--if you can call street lighting natural; at least, I didn't supplement it in any way. My exposures ranged from around 30 seconds to 8 minutes. If I heard someone approaching, I would cover the lens and stop my timer, then resume the exposure when the street was empty again. Sometimes this took a while because people wanted to know what I was doing, but all I had to say was that I was taking pictures, and everyone accepted my explanation unquestioningly. There were many cats and a fox once, too. I couldn't hear them coming, so I would just shoo them away before they were recorded on the film.

For weeks at a time I would force myself to lead a nocturnal existence, working until three or four in the morning and sleeping into the afternoon. It was a disorienting regimen: while everyone else was asleep, I wandered wide awake, alert and full of energy, searching the village streets for meaningful signs and details. I felt as if I were inhabiting a parallel world, similar to ordinary reality yet subtly different--denser, more charged with potential.

For most of my adult life I've had a recurring dream about making pictures in an ancient town with winding streets and a complicated topography, thrilled at having found the perfect place to photograph. Then I would wake up and struggle in vain to identify the site of my dream, convinced that it was a place I had known as a child: Algiers? Mallorca? The Languedoc? My perpetual disappointment and frustration ended on the first night that I photographed in the Provence: I realized that I had found the half-remembered landscape of my childhood. It was like reaching home after a lifetime of searching.